However, the extent of human trafficking, either in Canada or internationally, is difficult to assess due to the hidden nature of these offences, the reluctance of victims and witnesses to come forward to law enforcement and the difficulty of identifying victims. Moreover, these cases often go unnoticed and unreported due to manipulation, fear, threats from traffickers, shame, language barriers or mistrust of authorities.

Between 2018 to 2019, DCVS were made aware of 22 victims of trafficking, with seven being youth under the age of 18 and 14 victims being female.

Between 2018 and 2019, CDVS has helped 14 adult girls, one adult man and seven youths directly with its programming, while offering varying levels of assistance to a further 11 adult girls, four adult men and one youth in the area. The organization has also helped three female witnesses to come forward and share their stories around human trafficking.

Between April 2017 and March 2018, police referred 49 new incidents to victim services involving 55 people — 17 were in Caledon, involving 23 people; 31 were in Dufferin, involving 32 people.

According to Statistics Canada, Ontario accounts for 39 per cent of Canada’s population, but has accounted for more than two-thirds (68 per cent) of all police-reported human trafficking incidents since 2009.

Ontario, alongside Nova Scotia, are the two provinces with the highest rates of human trafficking in the country, according to Statistics Canada.

Ontario has accounted for roughly 68 per cent of all police-reported human trafficking reports between 2009 and 2018.

Nearly all (97%) victims of police-reported human trafficking were women and girls. Close to three-quarters (74%) of all victims were under the age of 25

The majority (92%) of victims of human trafficking knew the person accused of trafficking them. Most commonly, victims were trafficked by a friend or acquaintance (31%) or a current or former spouse, common-law partner, or other intimate partner (29%).

Trafficking in persons in Canada, 2018 (statcan.gc.ca) 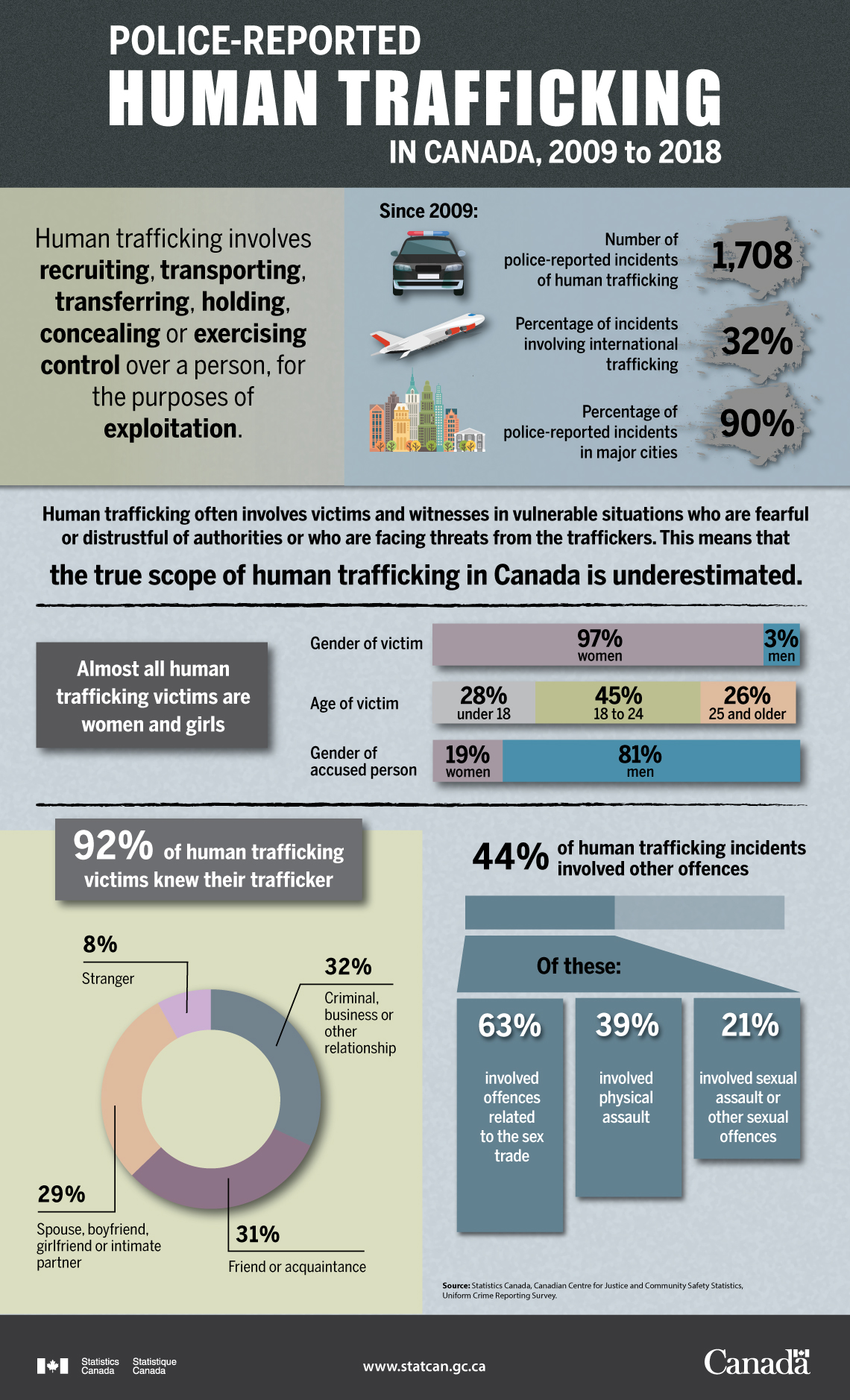