Emma was trafficked by gang members and was quickly forced to develop an addiction to different drugs found on the streets. Often, traffickers will introduce drugs to their victims as a way to control them and develop a dependency. The drugs act as an invisible chain.
Emma now lives with her extended family and is physically safe from her traffickers, and is still in the middle of recovering from her addiction.

One young teen wished someone would have simply asked her in a hotel lobby as she stared at the ground in fear, “Are you okay?” Her response would have been, “Please help me.”

She was asked, “Were you afraid that your trafficker would have physically beat you if he heard you ask for help?” She said, “When you’re desperate it’s worth the risk, but as a young teenager, you have no idea who will actually take the steps to help you if you ask.”

MANIPULATED BY A “BOYFRIEND”

Rachel (name changed) was trafficked when she was 14 years old by a man that she believed to be her boyfriend. Under the impression that he loved her, she was excited when he suggested that they plan a vacation together.

When they arrived in a nearby town, the “boyfriend” immediately turned on her. He demanded that she work the streets in order to pay for her portion of the vacation.

“DO YOU REALLY THINK THERE’S HOPE FOR ME?”

“Do you really think there’s hope for me? I’m a ‘bad kid’.” This is what a 15 year old recently said to me during a rescue operation. She had been with us for about 45 minutes in a safe room away from the traffickers who were being arrested. She went on to tell me that she had ran away from home because her dad would get drunk and beat her. Shortly after running away she met a man who said he would take care of her. Even though he was much older than her, he made her think he was her boyfriend and wanted to create a family with her. Not long after he convinced her that he cared he started to tell her lies like she wasn’t good enough for him and he cost her a lot of money.

Here are a few situations that might raise concerns

A friend, family member, co-worker or student appears to be newly showered with gifts or money or otherwise become the object of some kind of overwhelming, fast-moving and asymmetric (young/older; wealthy/struggling) romantic relationship

A family member, friend, co-worker or student is developing a relationship which seems “too close” with someone they know solely on social media

A family member, friend or co-worker is offered a job opportunity that appears too good to be true

A family member, friend or co-worker is recruited for an opportunity that requires them to move far away but their recruiter/prospective employer evades answering their questions or is reluctant to provide detailed information about the job. 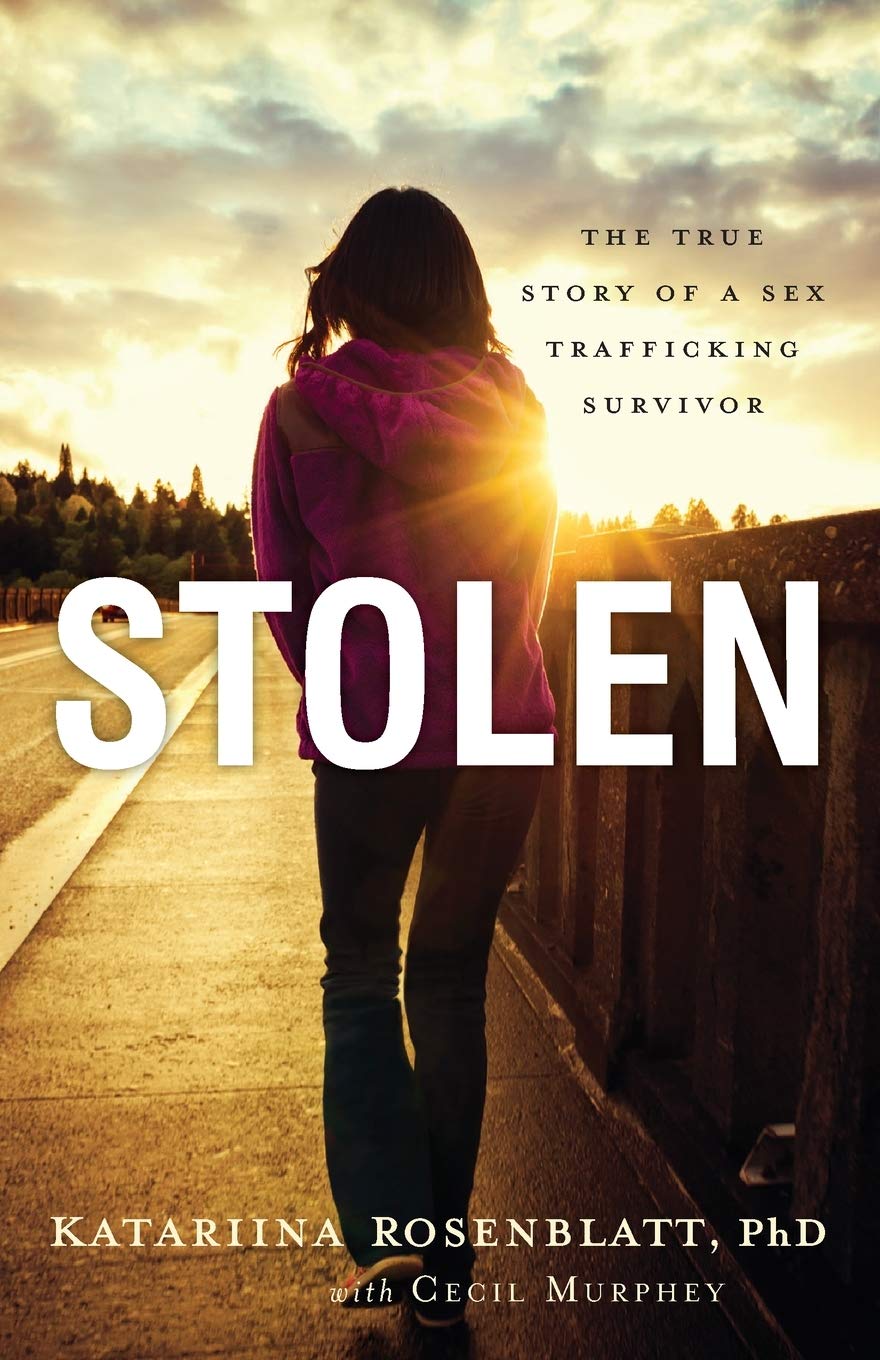 Stolen is the true story of one survivor who escaped–more than once. First recruited while staying with her family at a hotel in Miami Beach, Katariina Rosenblatt was already a lonely and abused young girl who was yearning to be loved. She fell into the hands of a confident young woman who pretended friendship but slowly lured her into a child prostitution ring. For years afterward, a cycle of false friendship, threats, drugs, and violence kept her trapped.

Name and image has been changed to protect the survivor

Victoria was sexually and mentally abused from a young age. Her mother was a drug addict and her father frequently beat her. She was only 12-years-old when she met 28-year-old John. John offered Victoria safety, love, and protection, something her parents never gave her. She trusted him without a second thought, and left home with him.

He took her on dates and gave her a safe place to stay. “At first, he was sweet,” Victoria remembers. “But then things turned. Not too long after we met, I was walking the tracks [the streets], working brothels and strip clubs.”

Victoria was forced to “work” long hours, often sleeping with 20-30 men a night. Her body would ache, but if she refused to work John would beat her and threaten to kill her. A few times, he even told Victoria that he would sell her to another country.

Many times, police would drive by Victoria while she was working on the streets. She wanted to stop them and ask for help, but she had no family to return to and knew that she would be placed in foster care. “I wanted to say ‘Help me.’ But as a girl with no family, I would be just a foster kid. So I shut up and kept working,” Victoria said.

She was 18-years-old when she finally found the courage to ask for help. John had left Victoria at his house alone. He would do this sometimes. In the four years he had known her, Victoria had never tried to run. But on this day, Victoria had had enough.

As soon as John had left the house, Victoria snuck out and ran to the nearest police officer. She told the officer that she was a runaway. He contacted Victoria’s foster care caseworker. Soon, Victoria was safe and able to take part in a recovery program. 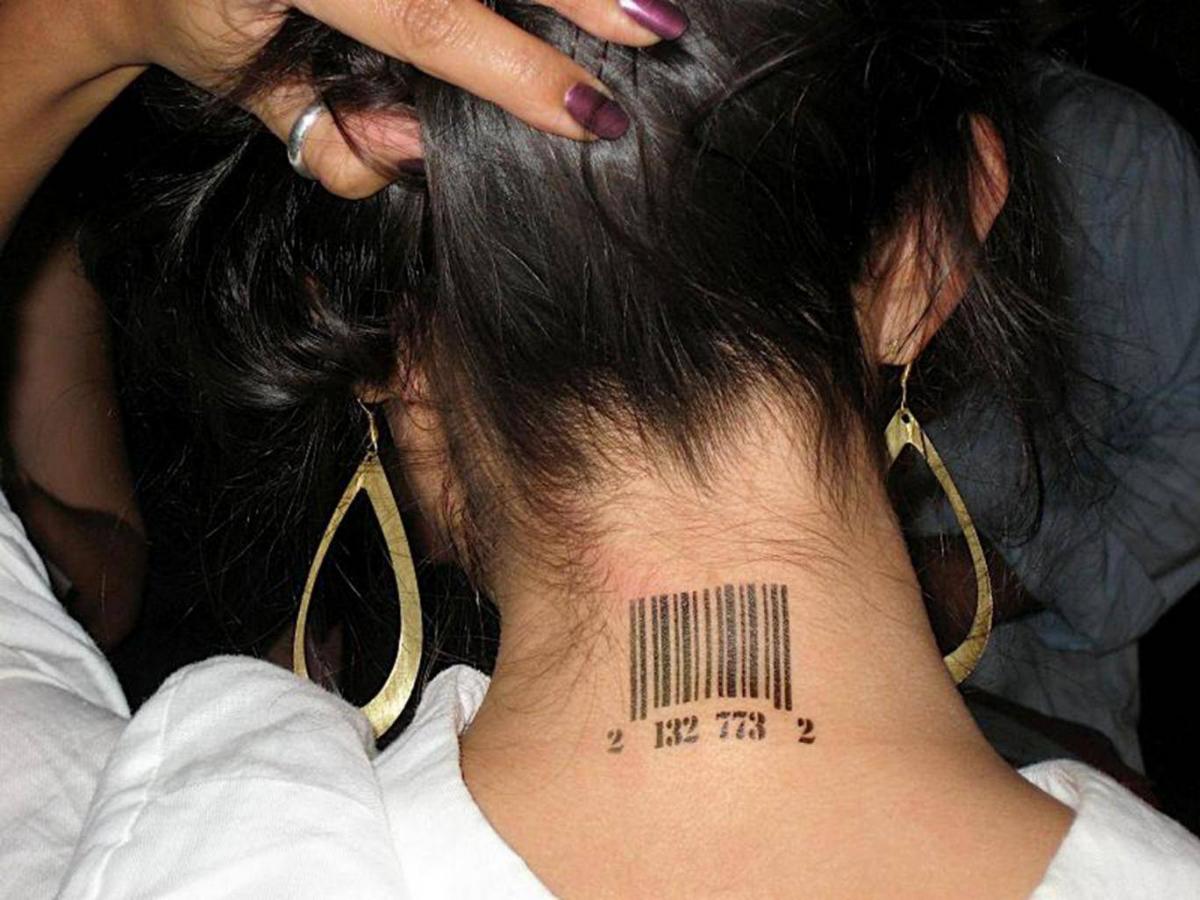 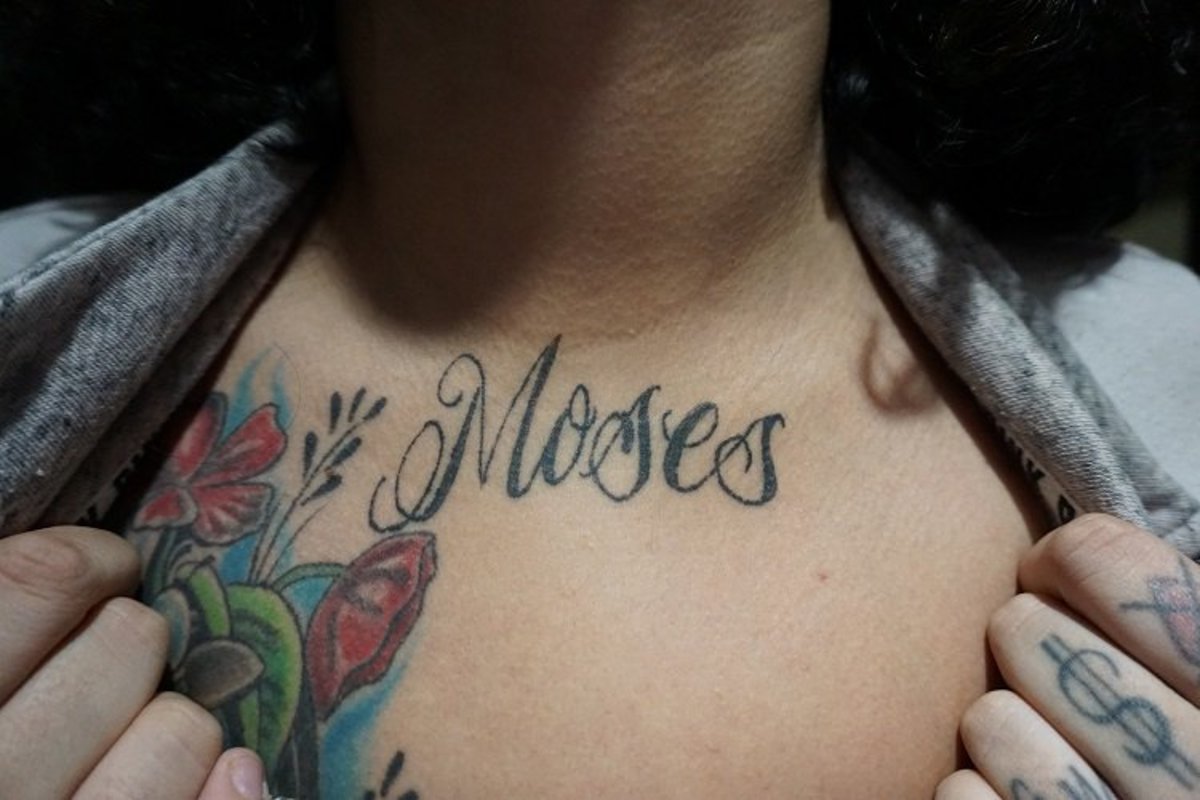 Some of the greatest storytellers of our generation are tattoos. People get them for all sorts of reasons, and their popularity spans people of all ages. For thousands of women across the United States, their tattoos tell a different story.

Take Jennifer Kempton, for example. The victim and survivor of sex trafficking never chose the ink she wears for herself, but rather it was forced onto her skin as a way to mark her as property of a pimp.

Jennifer spent more than five years as a sex slave after an abusive childhood led to her being raped at 12 years old. Not long after, she was forced into prostitution where she was sexually and physically abused, became addicted to drugs, and was sold on street corners in her hometown of Columbus, Ohio.

In April of 2013, after enduring the most violent rape of her life, Jennifer decided she was going to end it all by hanging herself.

In what was supposed to be her final moments, the rope broke and she found a reason to live.
“God came to me and spoke to me and he said I have a purpose for you and it’s not to die in the basement of a crack house,” Jennifer said.

She later escaped, and has been on a long road to recovery ever since. In addition to daily withdrawals and the usual hardships that every recovering addict has to endure, Jennifer was constantly reminded of the men who “owned” her because their names were permanently etched on her body.

They aren’t just any tattoo. Most of the women who are trafficked and forced into prostitution at a young age are branded with a tattoo of a crown, which is often accompanied by the name of their pimp.